Twelfth Night Reveling is how we start Carnival in New Orleans. 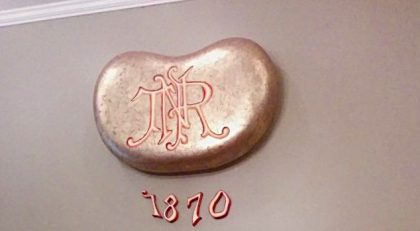 Replica of the gold “bean” given to the Queen of the Twelfth Night Revelers, at their January 6th bal masque, hanging on the wall at Antoine’s Restaurant. (Edward Branley photo) 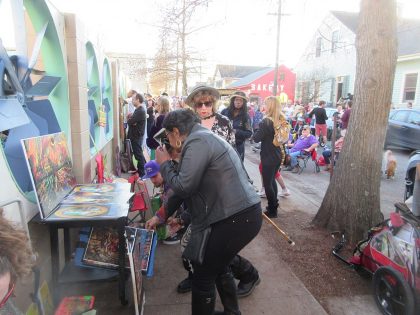 While some parts of the Christian world may differ on dates, January 6 is usually recognized as the Feast of the Epiphany. The Magi, or Three Wise Men, visited the Christ Child. In most of Christendom, Epiphany marks the end of the holiday season. The Christmas tree vanishes. The decorations return to the attic for another year. Life goes on.

Except in New Orleans.

As the sun sets on Jan. 6, and the rest of the world formally gets back to normal life, New Orleanians celebrates King’s Day. Carnival begins!

A bit of explanation is in order here: One has to keep in mind that prior to our now-very-secular society, even Catholics toned down the Christmas season.

Advent begins four weeks before Christmas. Catholics observe a time of fasting and penance. They (along with other denominations) prepare for Christ’s birth. While the season of Advent largely ignored these days in modern society, pre-Christmas celebrations lead to post-Christmas and New Year’s parties. Then Carnival time arrives.

Yes, it makes it look like New Orleanians party all the time. No, we don’t care.

The origins of the Twelfth Night celebration go back to pre-Christian traditions in Europe. The Roman winter celebrations of Saturnalia and the Celtic Yule feasts were continued even after Christianity began to dominate in the region.

Many Celts, for example, believed in the tradition of the “Sacred King,” who would be sacrificed to the land. His spilled blood anointed and fertilized the land. Catholic priests discouraged such sacrifices but allowed the Celts to continue their celebrations. The “Sacred King” softened to become the “Lord of Misrule,” who ruled over the village or tribe for the celebration. This notion — that a commoner could rule, however briefly — was part of the Twelfth Night tradition of turning things upside-down.

A common thread to these celebrations is how the “king” or “lord” was chosen. A fancy bread or cake was baked, and all the eligible men in the village would get a piece. In one of those pieces would be a gold or silver bean. Whoever got the bean became king or lord. In turn, they were required to bake a cake or dessert for the next big celebration.

The notion — that a commoner could rule, however briefly — was part of the Twelfth Night tradition of turning things upside-down.

There are numerous literary references to Epiphany celebrations, the most famous being Shakespeare’s play, “Twelfth Night.” The Celtic tradition continued in Britain, Ireland, France, and Spain — and eventually New Orleans — with variations reflecting the culture and cuisine of each region. 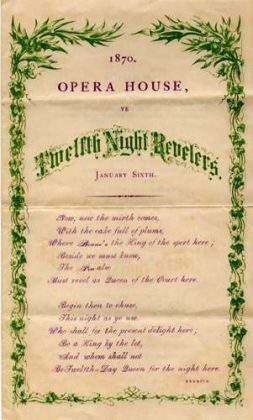 Program for the first bal masque of the Twelfth Night Revelers, 1870. (Courtesy NOPL)

After the Mystick Krewe of Comus revived public celebration of Mardi Gras with their parade in 1857, another group of New Orleanians followed. The Twelfth Night Revelers (TNR) added English-rooted traditions to their celebrations, naming their king the “Lord of Misrule.” Twelfth Night Reveling happened behind the closed doors of the French Opera House.

TNR first paraded through the streets of New Orleans in 1870, ending their evening with a tableau bal masque. At their ball, TNR brought out a large king cake with a gold bean inside that was sliced up and served to the ladies in attendance. Twelfth Night Reveling focused on the society folks.

The krewe lost the bean that first year. They kept a closer eye on it in future years. TNR paraded until 1878. Now, the krewe just holds a bal masque. TNR re-organized a couple of times in the 1880s. They settled the structure in the 1890s. Nowadays, the king cake is a wooden model. The “bakers” (members of the crew) and “junior cooks” (their sons and grandsons) wheel out the “cake.” Single ladies open drawers in the “cake.” They retrieve the gold and silver beans. With that revelation, Carnival season is formally opened. 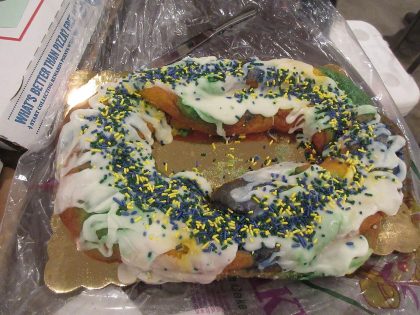 While the members of TNR and their ladies share an Epiphany feast at Antoine’s, members of the Phunny Phorty Phellows ride the streetcars. They roll from Carrollton Station, down St. Charles Avenue. Krewe members on the streetcars announce to one and all that Carnival has begun. In the French Quarter, the Krewe de Jeanne d’Arc parades to commemorate Joan of Arc’s birthday and Twelfth night all at once. Krewe de Champs d’Elysee ride streetcars on the Rampart Street spur. They roll to Elysian Fields Avenue, announcing Carnival to the downtown folks. Other parades start 2-3 weeks before Fat Tuesday.

Twelfth Night Reveling for rest of us? We eat cake. King Cake, that is. 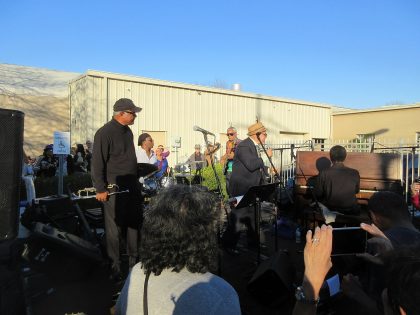 The New Orleans king cake “commercialized” in the 1930s. A number of bakeries sold the treats, including a bean. In the late 1940s and 1950s, after the Great Depression and WWII, celebrations expanded. Many families held “king cake parties” for their children and their friends. Get the bean, have the next party. This tradition harked back to the earliest Twelfth Night celebrations.  If you get the bean or the baby in your slice, you’re on the hook for the next king cake.

Haydel’s Bakery and McKenzie Pastry Shoppes replaced the bean with a ceramic baby doll. So, bakeries replaced ceramic with plastic in 1960s. Bakeries make thousands of king cakes every year. They ship them all over the world. It seems like almost every grocery store bakery department does king cakes, and that’s a wonderful thing.